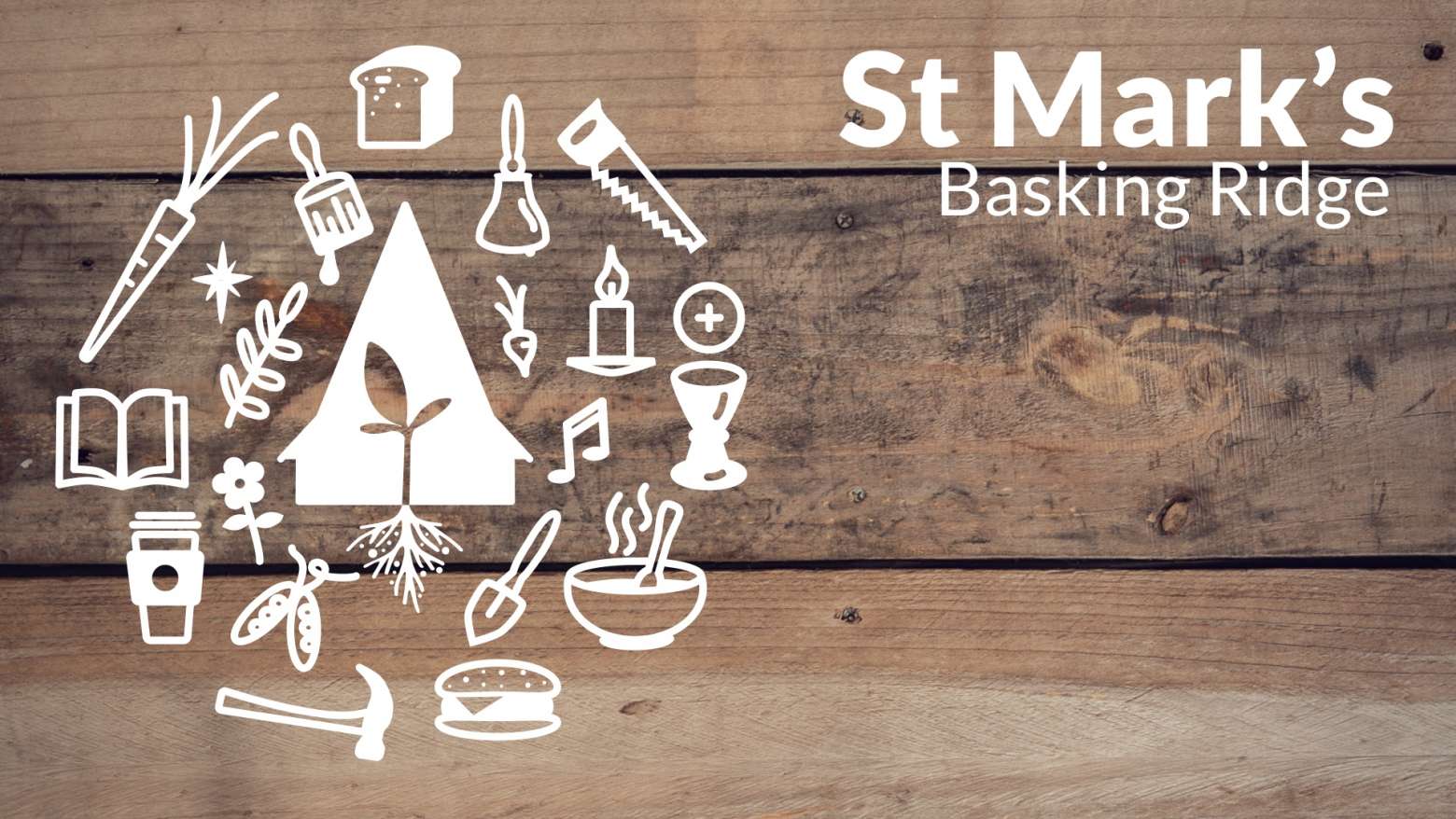 A Message from Father Rick...
If you’ve been tuning to St Mark’s services from home, you’ve probably noticed that we’ve changed up a few things in our streaming.
Probably the most noticeable thing we have multiple camera angles now… because we have multiple cameras! We have a camera up front on the right. We have a camera right on the center of the balcony. And we have another camera about midway back on the left.
One of the comments I’ve heard over and over again since we reopened our doors after lockdown in June of 2020, is that the people at home missed seeing the people who were in church.
These camera angles are designed to help do just that—as well as, of course, seeing what’s going on up around the Altar area.
One of the other comments I’ve heard a lot of in the past few months, is from people who absolutely don’t want to see us stop broadcasting the services. And, so, I’ll just say it—we’re NEVER going to stop broadcasting.
We know that on any given Sunday morning we have people here, sitting in the pews, and we have people at home watching in. AND we know that while some of those who are watching online are nearby, some of them aren’t.
Our congregation now has regularly attending worshippers who don’t live in New Jersey! We are never, ever, going to pull the plug on them. In fact, we will only continue to fine-tune the at-home experience to try and make it better and better.
The last thing I want to point out is that, for the foreseeable future, we are not going to do away with the online bulletin.
Obviously, this is how anyone sitting at home would be able to follow along. But, even for people who are sitting right here, we’re going to continue to offer the online—mobile-devise-optimized bulletin.
We’re doing this for a few reasons. First, it’s cheaper. In fact, it’s basically free. We spend a lot on printing—or at least we used to. We are still under a lease agreement on our office printer, but eventually we’d like to get out from under that, and get something with less bells-and-whistles. I’d like to get us out of the print-shop business.
Second, it’s SO much friendlier to the environment. We’re not printing a bunch of thick bulletins, only to throw them out an hour or so later when the service is over.
And, the online bulletin is also easier on the eyes, as your mobile device always allows you to pump up the size of the font to whatever is easiest for you.
You can set a bookmark on your phone or tablet. You can use the QR codes that are posted in the back of the church. You can also use the NFC chips that are built right into the signs—you just bump your phone to “NFC” and it comes up.
For those who don’t have a mobile device, or who prefer not to use them during church, we ARE printing a simple bulletin which points you to the page numbers of the Prayer Books and Hymnals in the pew racks.
So, while we’re JUST about “back to normal” here at St Mark’s, there are somethings that we’ve learned over the past 18 months, and those things will help us shape the “new normal.”
Rick+ 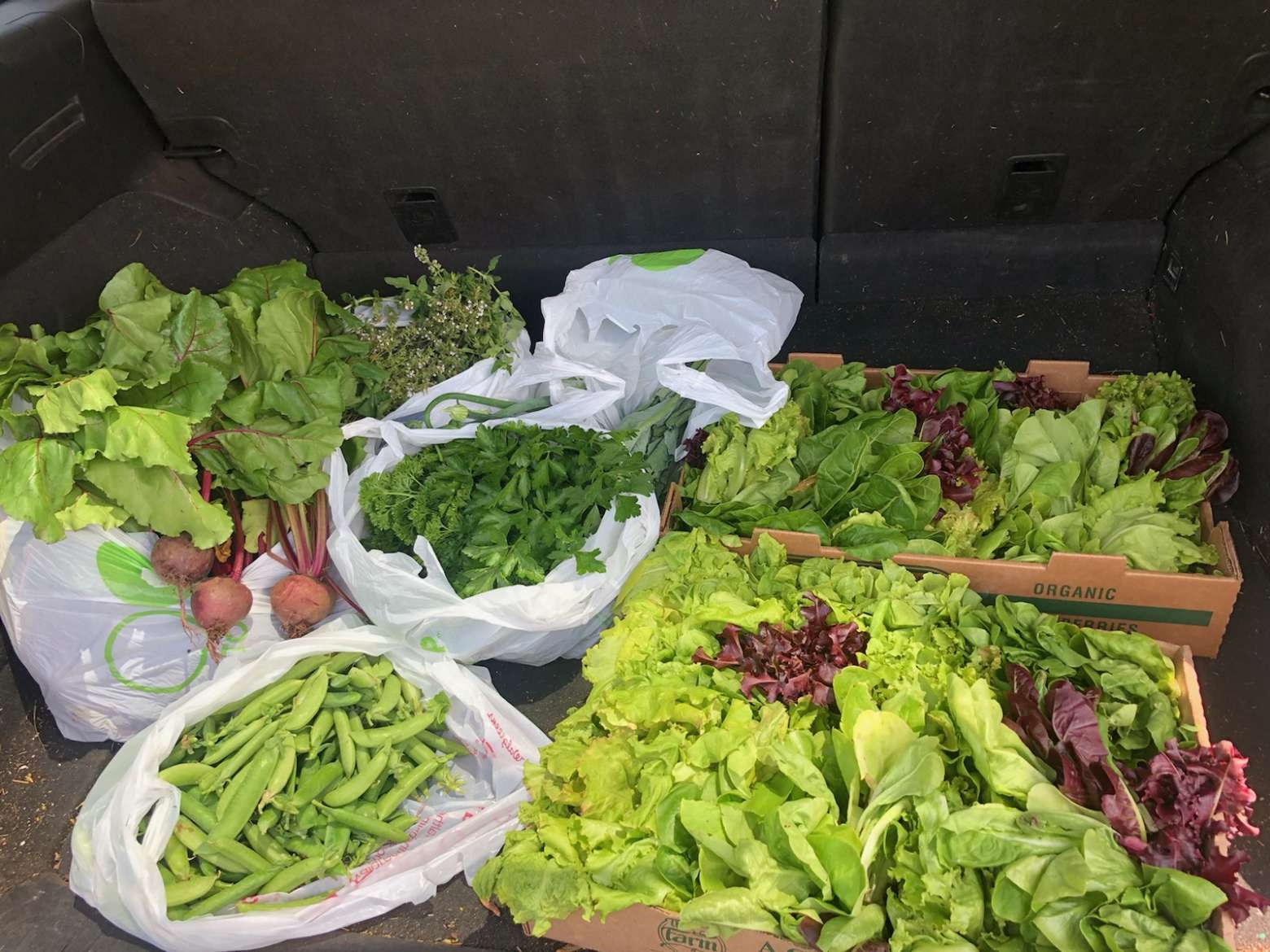 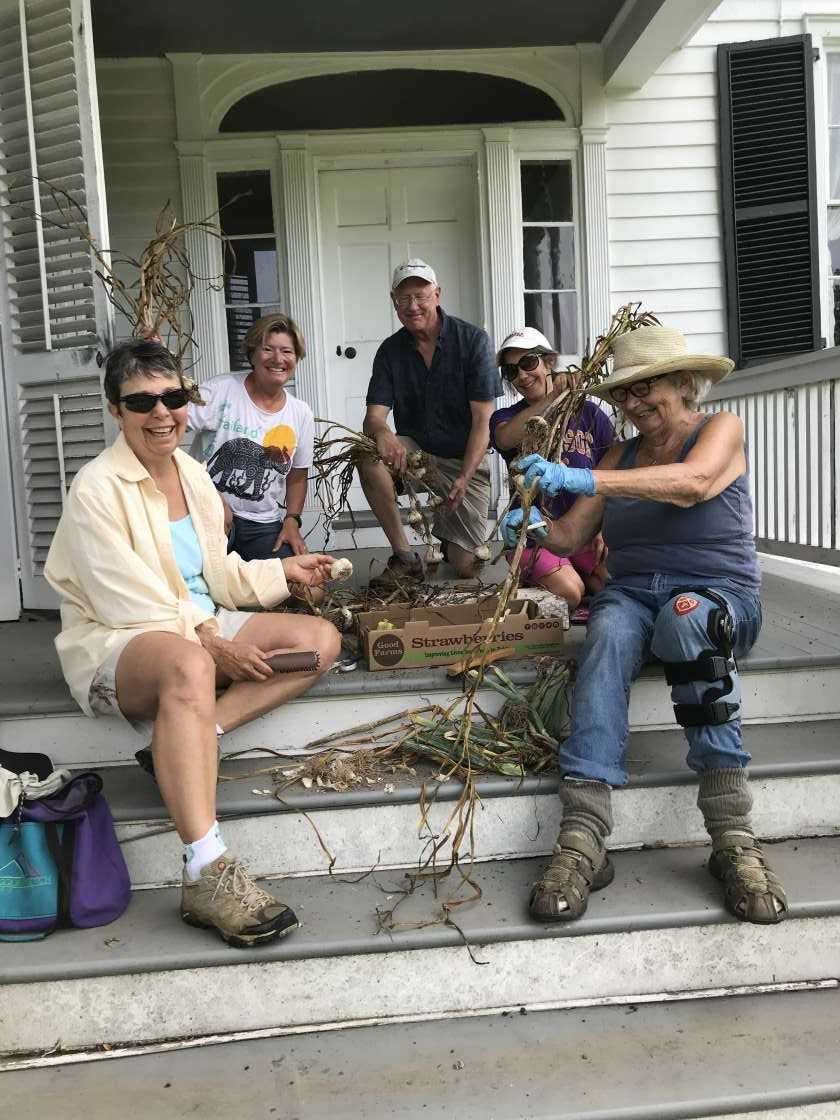 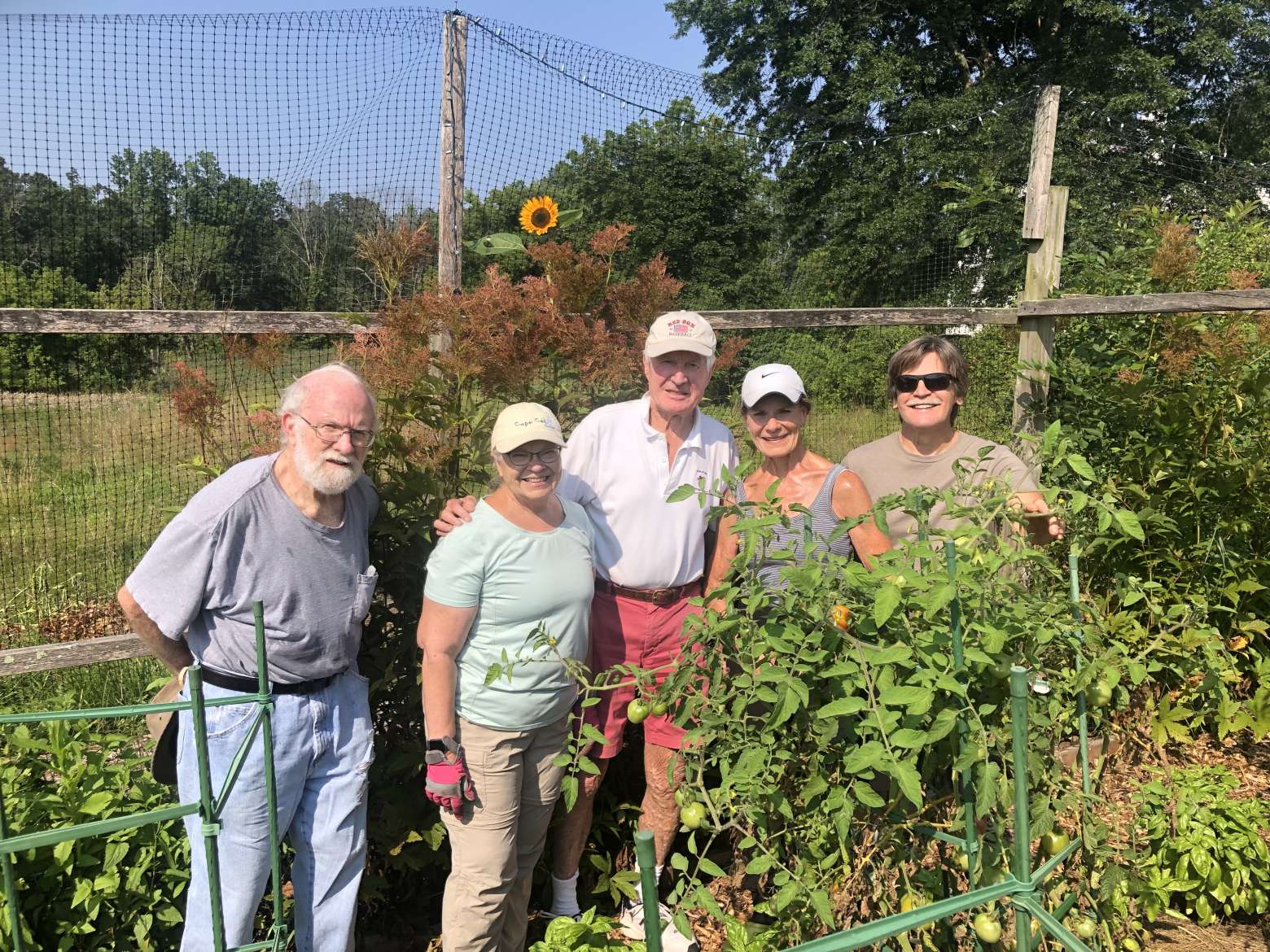 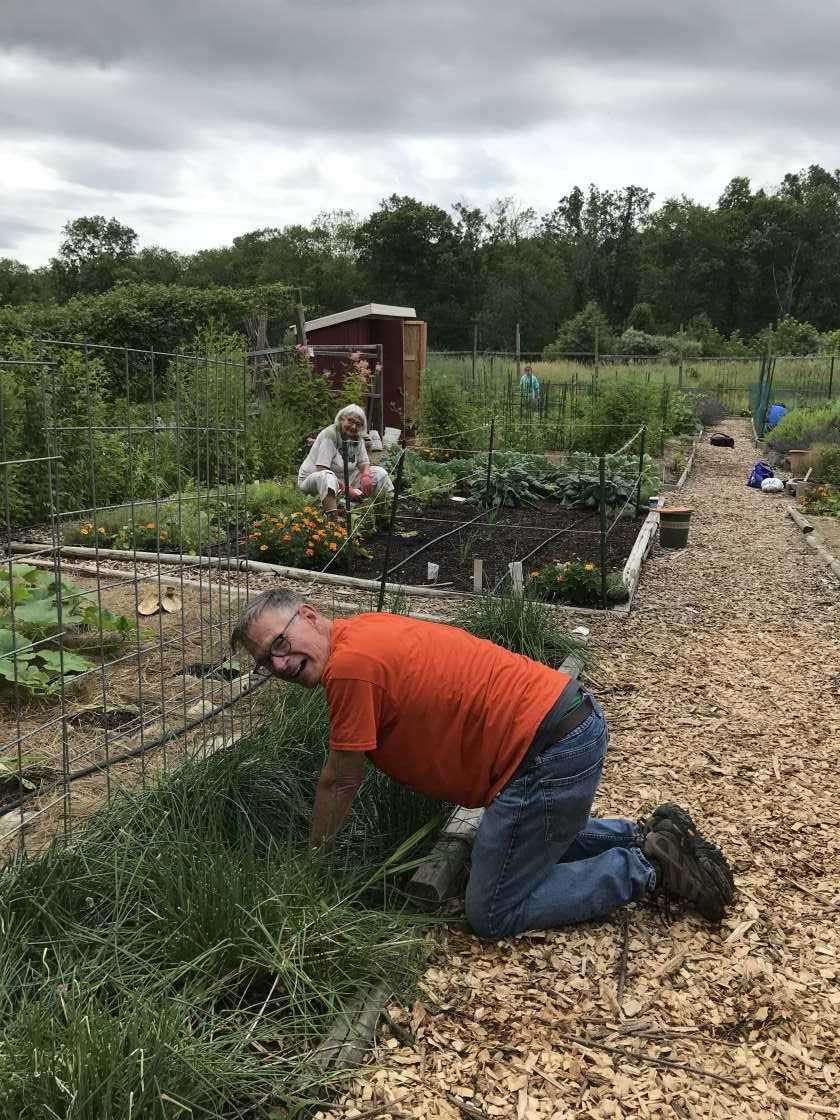 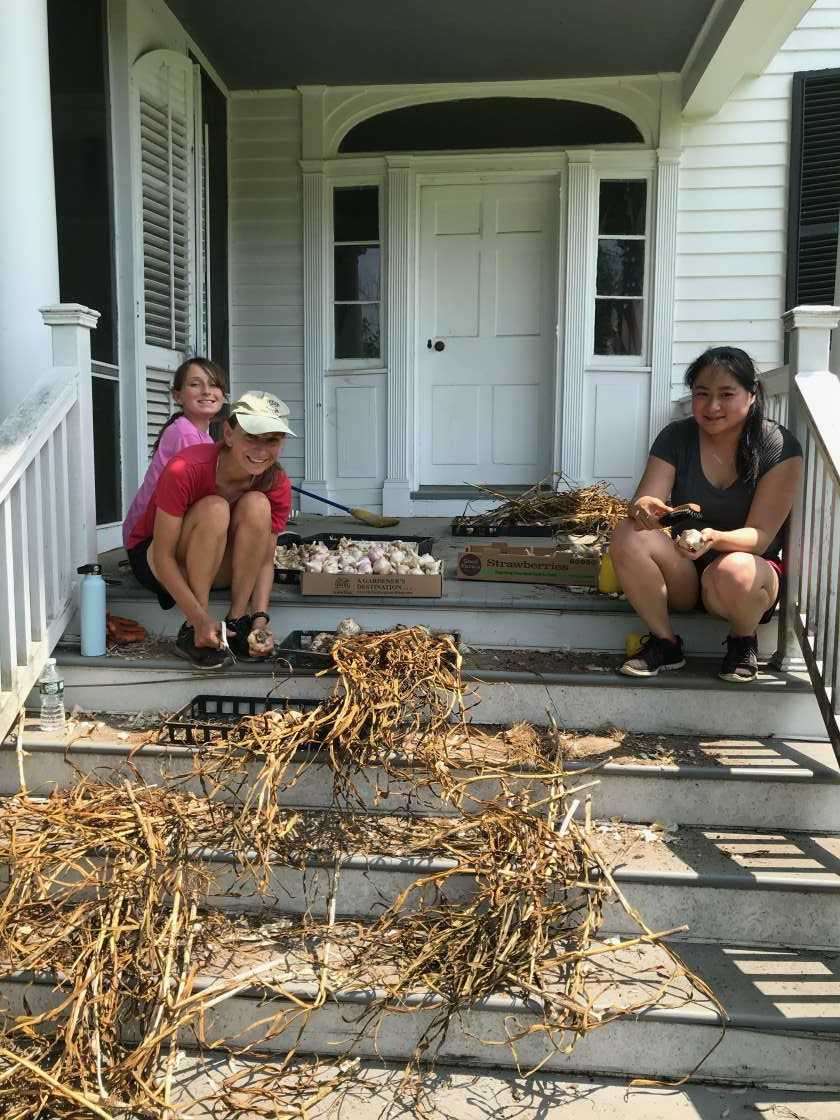 Moving up towards the 1000 lb mark, thanks to our wonderful volunteers!
Our regularly-scheduled work sessions are Tuesday, Thursday and Saturday mornings from 9-noon, weather permitting.  We Need You!
Come join us! (and don't forget the sunscreen!)

I hope everyone is enjoying their summer!  As we enjoy our summer schedule and periodically have some outdoor services to enjoy the warmer weather we also are thinking more about how we can ultimately find a path back to a normal lifestyle where we can gather together again without significant restrictions and get back to the parish family that we all clamor for.  The choir has come back to sing (with a summer reduced schedule currently) and the Vestry is making plans for the Fall rummage sale going back on the calendar with the leadership of Annabelle Wilmer, Harry Woods and so many more people who offer their time and effort to make this event a success for the community as well as a financial support for the church operations.  We are also implementing “Grub Club” (thank you Marliese Knill for coming up with that cool name) this summer to offer opportunities for groups of people to get together and host each other for simple dinners.
Things are slowly getting back to normal.  I am confident we will all be able to continue in the direction we are going in and we will be able to enjoy an annual picnic in September as the kids start to go back to school and we move into our Fall routines.  Stay safe and let’s all look forward to continuing the vibrancy that has made St. Mark’s the family we all love.
Rocket Kit
Sign Up
Sign up to reserve your rocket kit
Blast Off

Weekly postings of Sermons-4-kids Sunday School mini-lessons will continue over the summer so please check them out on the St. Marks home page. (you can also access by clicking here)  We also encourage you to keep up your weekly readings in the book “The Heart of Discipleship”. Copies are still available in the church narthex.
Our third quarter family project called Blast-off with Jesus will be starting in August. Each week, a new unique bible lesson video will be posted showing you how to build a portion of your rocket step by step (4 lessons total). The rocket selected this year is a bit more complex so you are encouraged to attend all 4 sessions.  At the end of summer, we plan to have a Rocket Launch at Ross Farm (late September or October) to watch it soar and hopefully come back to earth.
If you want to build a rocket, we will be ordering them in bulk to get a nice discount but you must sign up before July 18th.  Everyone will get a rocket kit and blast off engines.  All you need to supply is glue and paint.
We are asking as a donation for everyone to complete (at least) 10 color pages of your choice and turn them into the church office in exchange for your kit. Access the color page templates here.
Remember, to reserve your Rocket Kit, sign up on the Blast-off with Jesus sign up that will be posted each week in the Weekly Roar or on the St Marks web site. Space at the launch pad is limited so we will need to limit participation to the first 24 who sign up.

Laughter in the Pews 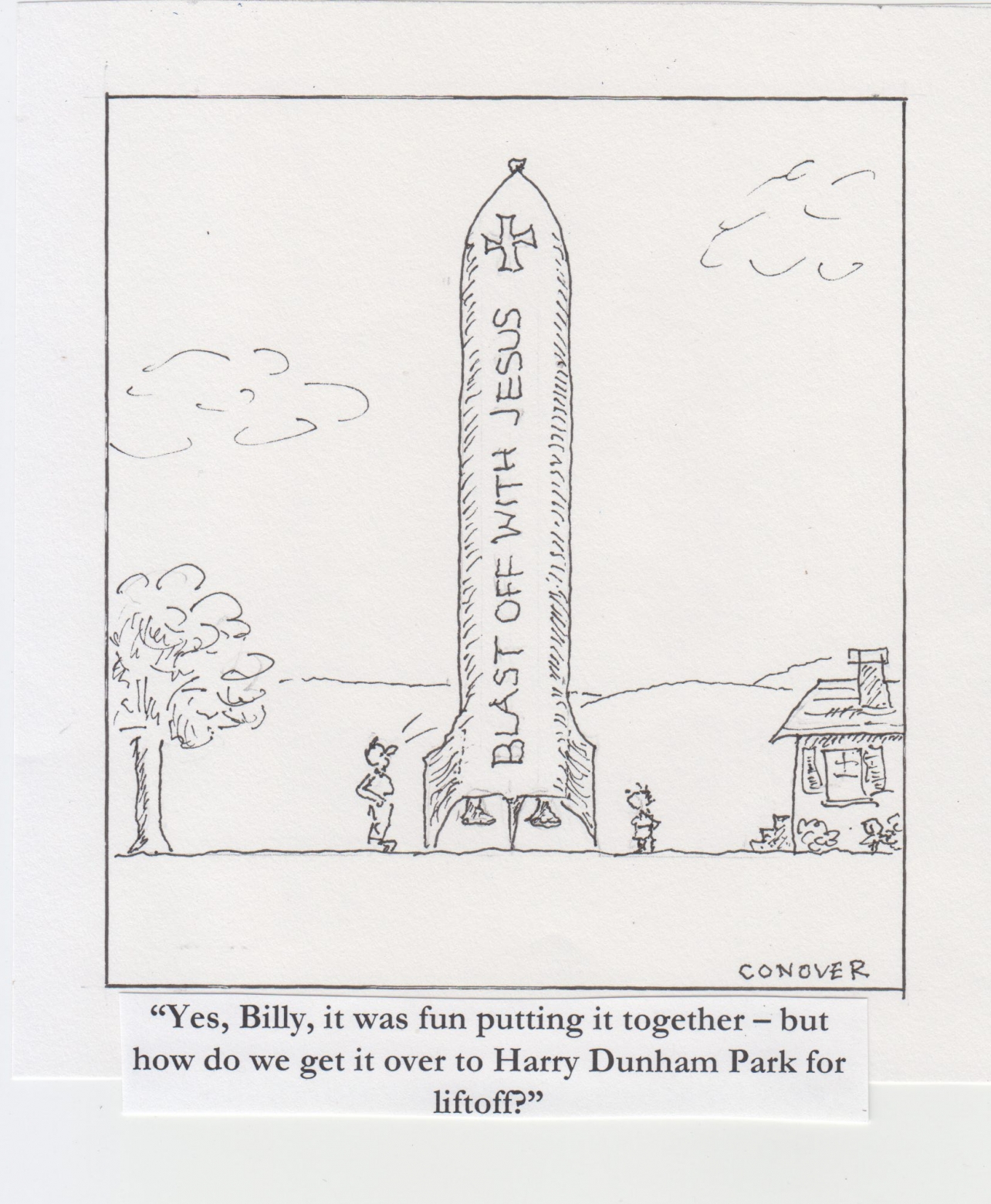 Volunteers Needed for our Gardens

Some years ago, we had volunteers who would spend a little time in the gardens at St. Mark's and pull up weeds-The St. Mark's Growers.  This is probably not the best week to ask (what with 100+ temps!) but we would love to put a team together that could help keep the grounds free of weeds.  It's looking lovely right now, by the way - come over and take a walk around.
Please contact the office if you would like to volunteer. 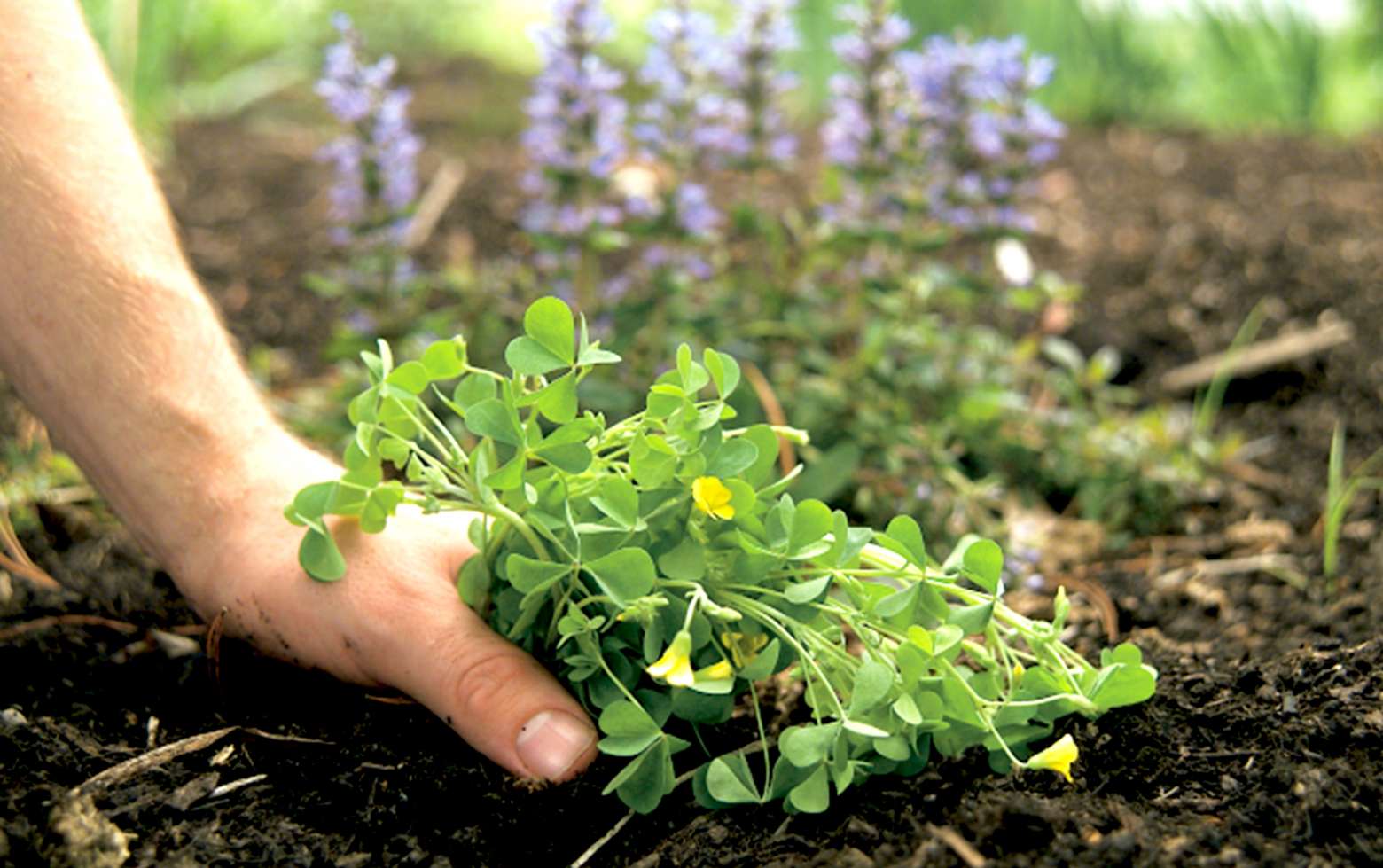 We are headed down to Keansburg again on  Wednesday, August 18. Please click here to view our needs list as we require some (you guessed it!) meatloaves.
Thank you! 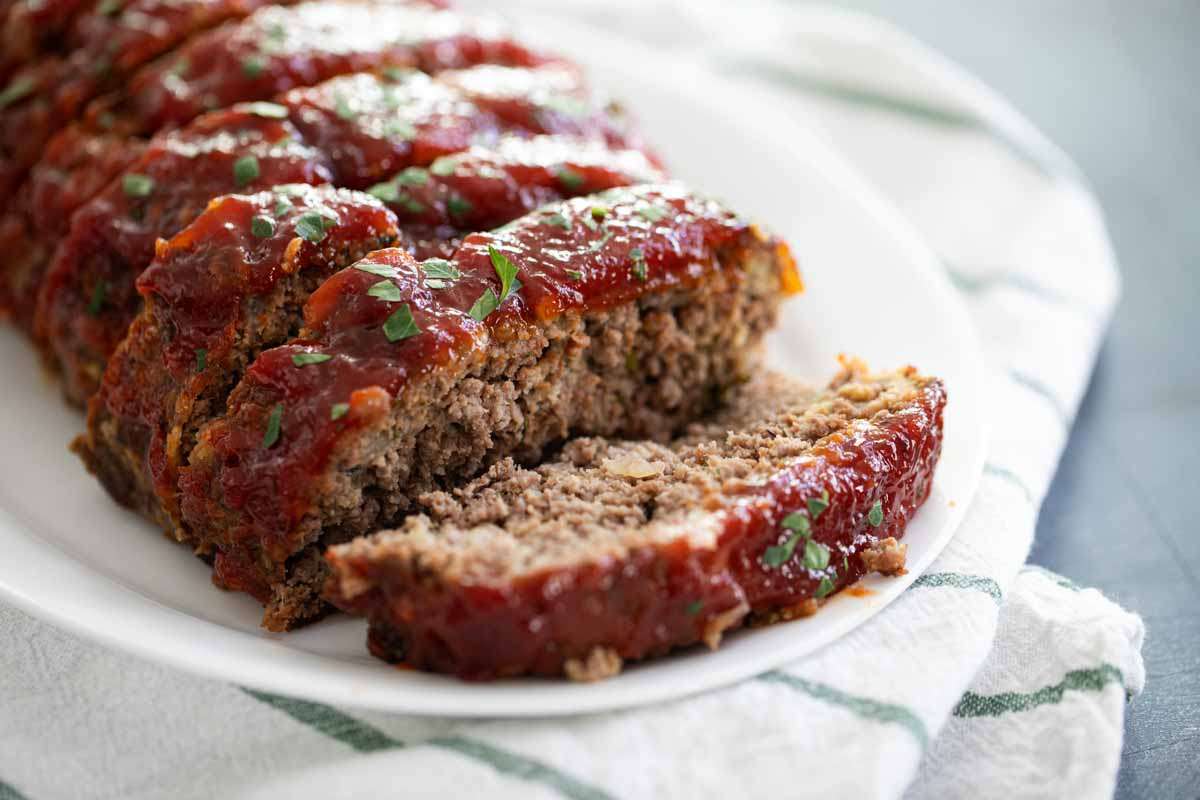 The sale is back!
The sale is back! After a long hiatus, we are once again ready to gather in the parish hall to enjoy some fellowship and sort the many donations you have been holding onto; however, please do not bring your treasurers to the church until the Sunday before the sale, September 12th, as we do not have sufficient storage prior to setting up in the parish hall.
Please consider volunteering:
Set Up:  Saturday, 9/11, 9:30
Sorting & Pricing:  Sunday - Thursday
Sale Days:  Friday & Saturday, 9am-2pm
If you have any questions about volunteering or donating, please reach out to someone on our team, Annabelle Wilmer, Harry Woods, Kit McLaughlan.
As a reminder, we cannot accept:

Did you see the first post from STMARKetplace this week.  We will send out a weekly email through rummage sale week to advertise any item you would like to donate towards this fundraiser.
Here's how it works...send us a photo of your item. We will post it and send it out to our members in a weekly email. Interested in an item? Contact the office and we will let you know where you can pick it up.

Fresh flowers are always a welcome site on Sunday mornings.  Please contact the office if you would like to dedicate altar flowers in memory or celebration of a loved one. 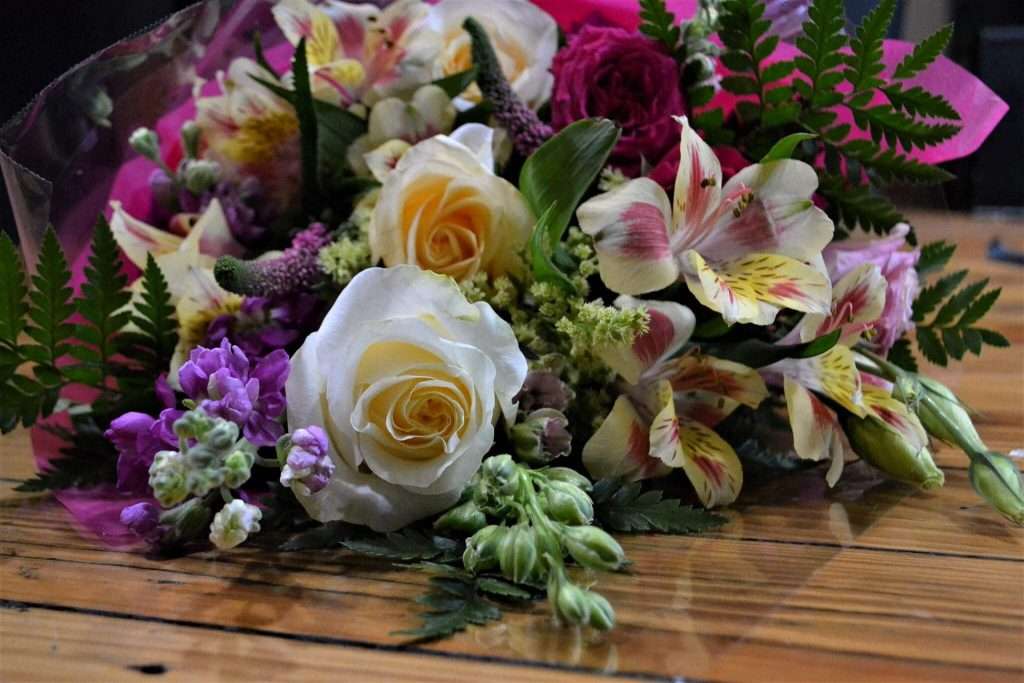 Have you downloaded our online directory app to your smart phone or tablet yet?  It's really easy and so convenient to have!  Follow this link for step-by-step instructions. 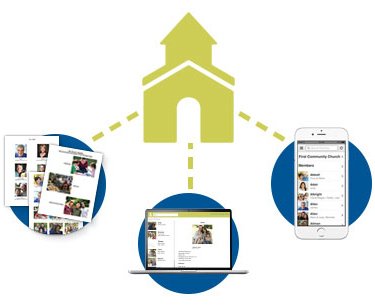 Prefer to use your computer? No problem! Click here for instructions on how to get connected with your computer.
Once you are in the directory you will be able to update your own information and even upload a new photo.
Give the office a call if you need any assistance.
Just a reminder, we have over 50 puzzles here in the office...our own "Puzzle Library".  Feel free to come and borrow as many as you like!
We also have a few fun coloring books for the taking! 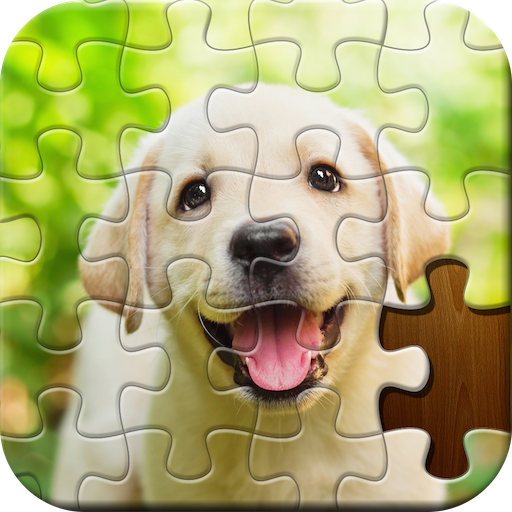 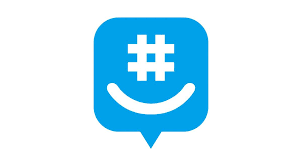